Incorporating CT scan images in films in art is still a very young field, with few practitioners. A CT scan, also known as a Computer Tomography scan, is created when a computer program processes a combination of a large number of x-ray images taken from different angles. The result is cross-sectional (i.e. tomographic) images of the scanned object.

Digital geometry processing is typically utilized to further generate a three-dimensional representation of the volume of the object’s inside. With a large series of two-dimensional radiographic images taken around a single axis of rotation, it is possible to create such a representation.

One of the pioneers within the field of CT scan art is Kai-hung Fung, M.B.B.S., F.R.C.R., who has been creating this type of art since 2003.

Doctor Fung, who is a diagnostic radiologist at Pamela Youde Nethersole Eastern Hospital in Hong Kong, chiefly uses imaging data generated during clinical exams of patients, although he has mentioned in interviews that he has plans for including biological samples and human artefacts as well.

In an interview, he explained that “I imagine myself as a traveller in virtual space, visiting every corner of the human anatomy and exploring the beautiful scenery that Mother Nature has created in normal and diseased states. There are so many anatomical variants one can explore using this method. Individuals may look similar, but humans differ from one another in detail.”

One of this more well-known artworks is the image “Van Gogh Remembered”, which was published in the July 2010 issue of RadioGraphics. To create this piece, Dr Fung used a 3D CT rendering of an aortic stent-graft. The image resonates with the deep colours and rich textures for which the paintings of Van Gogh are famous. 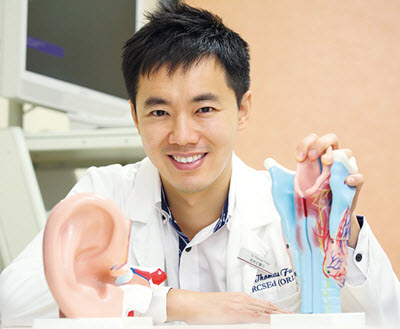 Another famous Dr Fung creation is the award-winning “What Lies Behind Our Nose?”, a representation of a human nose and the paranasal sinuses. He created this piece of art in 2007 using the rainbow technique – a technique that he himself developed, based on his knowledge of so-called stepping artefacts. The artwork was awarded first price in the photography category at the Science journal-sponsored 5th Annual International Science and Engineering Visualization Challenge in 2007.

So, what about the rainbow technique? Stepping artefacts are commonplace in 3D reconstruction since multiple cross-sectional slices must be stacked up to create the three-dimensional image. The thicker the slice, the more obtrusive the artefact, but modern software has become pretty good at smoothing out the surface to make the artefacts less noticeable.

Instead of trying to hide the stepping artefacts, Dr Fung decided to explore them in his art.

“I found that the resulting contour line effect is quite interesting and contributes to creative 3D representation; therefore I tried my best to enhance it,” he explains. “By converting each contour line into a rainbow with many colours, I created the ‘rainbow technique.’ The aesthetic effect shares similarity with pointillism except that I use colour lines instead of colour dots to create the picture. As with pointillism, when colourful lines are amassed together, the colour effect is enhanced. On the other hand, when lines are relatively spaced apart, as in a close-up view, the colorful lines add to the 3D contour effect, enhancing resolution.”

Some of the art is accessible to the public online at RSNA.org/Radiographics. 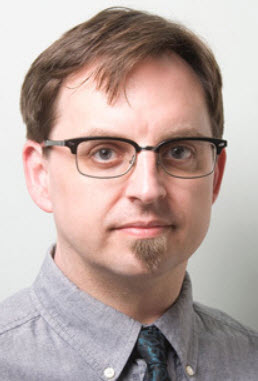 Another artist within the small CT scan art field is the physician Satre Stuelke of the University of Pittsburgh Medical Center.

Typically, Dr Steulke uses a four-slice CT scanner to obtain DICOM images, before processing them in the software OsiriX. The software allows him to assign different colours to different areas of density.

“I would like patients to feel more comfortable with the radiology procedures that can often be intimidating,” Dr Stuelke said in an interview. “When I began creating this artwork, I was thinking ‘How can people learn from these images’?”

He believes that displaying this type of art is especially important in paediatricians’ offices, where they can help young patients understand more about CT scanning and therefore be less scared about going through the process themselves.

“People can be frightened and mystified about radiology exams,” says Dr Stuelke. “It’s ultimately not that scary or mysterious. If I can show that through my artwork, maybe that can help alleviate fears over getting an MRI, a CT scan or even just a normal X-ray.

In addition to holding a medical degree from WCMC, Dr Steulke also have a master of fine arts degree of the School of the Art Institute of Chicago. Before becoming a physician, he worked as an art professor.

His art has been exhibited in many different hospitals in the United States, and at the National Institutes of Health. In Philadelphia, it was shown at the Ellen Powell Tiberino Museum.

Some of the art is accessible to the public online at Radiologyart.com.