X-radiation is a form of electromagnetic radiation made up by x-rays. In many languages, it is referred to using terms identifying it as Röntgen radiation, after the German scientist Wilhelm Röntgen who carried out groundbreaking discoveries in the field of x-radiation in the late 19th century. 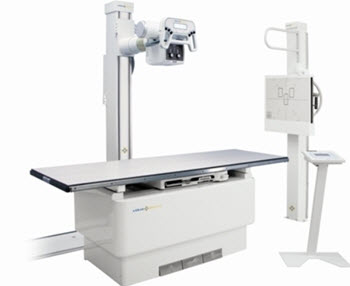 Hard x-rays can traverse fairly thick objects without much absorption or scattering taking place. This capacity is what makes it possible to use x-rays to image the inside of objects without opening them. X-rays are for instance used in medical radiography to create an image of what it looks like inside a patient, and at airports to “see” inside the luggage.

The penetration depth varies over the x-ray spectrum, and adjusting the photon energy can help create an image with the desired contrast. In the field of x-ray art, this is an important aspect of the artistry, since you need to have sufficient transmission through the object while at the same time achieving the desired level of contrast in the image.

Some types of x-ray art explore the fact that x-rays make it possible to probe structures much smaller than can be seen through a normal microscope. (As mentioned above, the wavelengths of x-rays are shorter than the wavelengths of light visible to the human eye.) Through x-ray microscopy, it is possible to acquire high-resolution images of really small objects. The same capacity is utilized in x-ray crystallography to determine the position of atoms in crystals.

Hard x-rays: X-rays with high photon energies (above 5–10 keV, below 0.2–0.1 nm wavelength) are known as hard x-rays. Hard x-rays have greater penetration capacity than soft x-rays and are therefore superior when it comes to looking inside things, e.g. taking an x-ray of a broken arm or x-raying luggage at the airport.

For really hard x-rays, Compton scattering is the dominant interaction. For other hard x-rays and all soft x-rays, photoelectric absorption dominates.

Compton scattering is an inelastic scattering of the x-ray photon by an outer shell electron. Some of the energy of the photon is transferred to the scattering electron. This ionizes the atom and increases the x-ray’s wavelength. For medical x-ray imaging, which is also the type of x-ray imaging widely used among x-ray artists, this is the prominent interaction between x-rays and soft tissue.

So, what happens with the scattered photon? It can move in any direction, but statistically speaking, it is more likely to move in a direction that is similar to the original path. This is especially true for hard x-rays.

A photoabsorbed photon transfers all its energy to the electron that it is interacting with. This ionizes the atom to which the electron was bound, and creates a photoelectron what is likely to ionize more atoms that it encounters.

The vacant electron position will be filled by an outer electron, producing either an Auger electron or a typical x-ray. This is the foundation for the technique where x-ray spectroscopy is used for elemental detection.

X-radiation is a type of ionizing radiation since the photons carry a sufficient amount of energy to ionize atoms and disrupt molecular bonds. Living tissue can be seriously damaged by x-radiation.

A high x-radiation dose can cause radiation sickness even if the exposure is very short.

Lower doses can cause radiation burns, and long-term problems such an increased risk of developing radiation-induced cancers.

In medical imaging, the medical risks associated with using x-rays is generally outweighed by the benefits for the patient. When human tissue is exposed to x-rays for artistic purposes only, there is no such patient benefit.